Confirmed: US to "Use" Al Qaeda to Take Syria

What has been reported on since 2007 is now confirmed by senior US military leadership. The US created and now plans to openly use Al Qaeda to overthrow the nation of Syria.

September 2, 2015 (Tony Cartalucci - LD) - The Daily Beast's article, "Petraeus: Use Al Qaeda Fighters to Beat ISIS," reveals the final piece to the "safe haven" or "buffer zone" puzzle, providing the world a complete picture of how the United States and its regional allies, including Turkey, Saudi Arabia, Israel, Jordan, and others, plan to finally overthrow the government in Damascus, and eliminate Syria as a functioning nation state through the use of listed terrorist organizations responsible for over a decade of devastating global war.


Members of al Qaeda’s branch in Syria have a surprising advocate in the corridors of American power: retired Army general and former CIA Director David Petraeus.

The former commander of U.S. forces in Iraq and Afghanistan has been quietly urging U.S. officials to consider using so-called moderate members of al Qaeda’s Nusra Front to fight ISIS in Syria, four sources familiar with the conversations, including one person who spoke to Petraeus directly, told The Daily Beast. 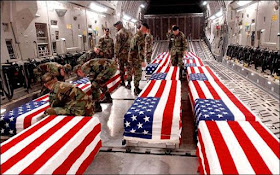 In addition to Petraeus' alleged plans, the Daily Beast reports former US Ambassador to Syria  Robert Ford also advocated supporting terrorists linked directly to Al Qaeda, including the Ahrar al Sham faction. However this "proposed" advocacy is an afterthought - a matter of public perception management - as terrorist organizations like Ahrar al Sham and the Al Nusra Front already are receiving significant US backing either directly or laundered through one of America's many regional collaborators. Ahrar al Sham's extensive video documentation online shows the group even employing US anti-tank TOW missiles.

Furthermore, US corporate-financier funded policy think tanks like the Brookings Institution have already enumerated precisely this plan. In a recent publication on Brookings' "Order From Chaos" blog titled, "Should the United States negotiate with terrorists?," it is stated:

Ultimately, negotiation and amnesty programs with extremist groups must enter the U.S. counterterrorism repertoire if reluctance to military deployment continues.

Brookings describes almost verbatim the proposal put forth by Petraeus and Ford, indicating this plan is more deeply rooted as a matter of policy than indicated by the Daily Beast.


This Was the Plan All Along

Indeed, the Daily Beast's shocking admission is not the entire truth. In reality, the United States had already conspired since as early as 2007 to use the Syrian Muslim Brotherhood, Al Qaeda and other hard-line sectarian militant groups to violently overthrow Syria in a bid to wage proxy, then eventually, direct war on Iran.


In Pulitzer Prize-winning journalist Seymour Hersh's 2007 New Yorker article, "The Redirection: Is the Administration's new policy benefiting our enemies in the war on terrorism?" it is explicitly stated (emphasis added):

To undermine Iran, which is predominantly Shiite, the Bush Administration has decided, in effect, to reconfigure its priorities in the Middle East. In Lebanon, the Administration has coöperated with Saudi Arabia’s government, which is Sunni, in clandestine operations that are intended to weaken Hezbollah, the Shiite organization that is backed by Iran. The U.S. has also taken part in clandestine operations aimed at Iran and its ally Syria. A by-product of these activities has been the bolstering of Sunni extremist groups that espouse a militant vision of Islam and are hostile to America and sympathetic to Al Qaeda.

Additionally, Judicial Watch, a US-based foundation seeking "transparency" in government, released a 7 page document dated 2012, detailing the background and status of the Syrian conflict. It admits that the Muslim Brotherhood and Al Qaeda form the basis of the "opposition." It then admits that (emphasis added):

Development of the current events into proxy war: with support from Russia, China, and Iran, the regime is controlling the areas of influence along coastal territories (Tartus and Latakia), and is fiercely defending Homs, which is considered the primary transportation route in Syria. On the other hand, opposition forces are trying to control the eastern areas (Hasaka and Der Zor), adjacent to the western Iraqi provinces (Mosul and Anbar), in addition to neighboring Turkish borders. Western countries, the Gulf States and Turkey are supporting these efforts.


The opposition forces will try to use the Iraqi territory as a safe haven for its forces taking advantage of the sympathy of the Iraqi border population, meanwhile trying to recruit fighters and train them on the Iraqi side, in addition to harboring refugees (Syria).

If the situation unravels there is the possibility of establishing a declared or undeclared Salafist principality in eastern Syria (Hasaka and Der Zor), and this is exactly what the supporting powers to the opposition want, in order to isolate the Syrian regime, which is considered t he strategic depth of the Shia Expansion (Iraq and Iran).


This reveals that not only did the US and its allies seek to use Al Qaeda as a proxy in fighting Syria and Iran, it also sought the creation of a "Salafist principality," and specifically in eastern Syria - precisely where the "Islamic State" exists today.

With the Daily Beast's article serving as the most recent affirmation of this documented conspiracy, there should be little doubt remaining that the creation and use of Al Qaeda and the so-called "Islamic State" (ISIS) was a premeditated strategy to overthrow the Syrian state with irregular asymmetrical warfare where direct Western military intervention could not succeed.

Readers of the Daily Beast might be tempted to believe that the US plans to either begin arming these extremists groups - ignorant of the fact that they have already been armed by the West and its allies for years - or will increase existing support. However both assumptions would be wrong. Every dollar, every weapon, and every foreign fighter on Earth the US and its collaborators could find and feed into the Syrian conflict has already been sourced and sent to Syria. It simply has not been enough.

And like in Libya where NATO's ground forces - essentially the US listed foreign terrorist group the "Libyan Islamic Fighting Group" (LIFG) - failed to take the country on their own with covert support alone, the only other option when proxy ground forces fail to produce results is to provide them with direct military support including air cover, special forces operations, naval support, and signal and intelligence assets.

In Libya, the use of NATO airpower tipped the balance in the conflict decidedly in favor of Al Qaeda's LIFG faction, eventually overturning the government in Tripoli, and leaving the North African nation in the hands of these extremists ever since.

Libya would serve as a springboard for US-NATO aggression elsewhere throughout the Middle East and North Africa (MENA) region, including Syria itself.


With the West's ground proxies in Syria at the limit of their operational capacity and still unable to achieve the ultimate objective of overthrowing the Syrian government, it is apparent that the West is now preparing to intervene more directly. Already a so-called "safe haven" or "buffer zone" has been designated in northern Syria in the last remaining logistical corridor feeding ISIS and Al Qaeda forces fighting inside Syria.  While the West claims this zone will be used to provide sanctuary for refugees and "moderate" fighters, it is clear by the Daily Beast and Brookings report that no such "moderates" exist. Instead, the "safe havens" will be used as the final refuge of Al Qaeda/ISIS, protected by US, NATO, and Persian Gulf airpower and special forces.

From there, what would be essentially a no-fly-zone would be extended southward providing these terrorist forces protection as they operated more effectively and deeper into Syrian territory with the ultimate goal being a Libyan-style finale to the now  years long conflict.

In essence, the United States and their allies are preparing to provide Al Qaeda/ISIS an air force to tip the balance of the conflict in their favor.

ISIS Propaganda Aims to Endear World to Al Qaeda
While Al Qaeda was initially conceived by the US and its Saudi allies in the 1980's to fight the West's proxy wars for them, first in Afghanistan against the Soviet Union, the last decade of using this terrorist organization as a pretext for global military conflict instead of as a direct proxy has taken its toll on the public's perception. To recast Al Qaeda as once again "freedom fighters," ISIS appears to have intentionally waged a propaganda campaign designed to portray itself as the most extreme, barbaric terror organization to ever walk the Earth.

This included well-funded, professionally executed productions showing ever more creative yet horrifying atrocities committed against ISIS' captives. This also included the systematic and tragic destruction of Syria's historical sites, including Roman temples as well as the execution of respected historians charged with their study and care.

ISIS has gone out of its way to intentionally provoke the world against it, and in the process, help recast Al Qaeda as relative "moderates" in comparison. In tandem with ISIS' obvious propaganda campaign, the Western media has attempted to help to. The above mentioned Brookings report would go as far as claiming:


At the strategic level, the United States remains staunchly in the macho mantra of “We’ll never negotiate with terrorists!” During the heyday of the Global War on Terrorism, ripe with venom after the fall of the twin towers on 9/11, this position seemed noble and just. But 14 years later, the al-Qaida that perpetrated the atrocities of September 11 hardly exists aside from Ayman al-Zawahiri and a few remaining disciples. The dwindling number of al-Qaida affiliates show fewer ties back to the original perpetrators of these attacks.


Nearly 3,000 were killed on September 11, 2001 on US soil. In the wars that would later be predicated on this attack and the "threat" of Al Qaeda, some 1 million Iraqis would die, tens of thousands of Afghans perished, as would over 4,000 US and other coalition soldiers in over a decade of global war. The creation of the Transportation Security Administration (TSA) and its increasingly pervasive/invasive security measures imposed upon the American public are likewise predicated on the threat of Al Qaeda. 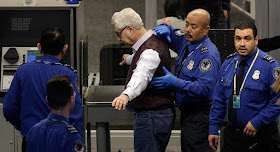 Across America, the fruits of this global war is endemic paranoia, the broken bodies and minds of neglected war veterans, and a nation whose people and resources have been pillaged to fight what is apparently a non-existent threat so benign, the US is now prepared to build it up into a functioning, standing army and assist it in seizing one nation after another across the MENA region.

Over a decade of global atrocities committed against both nations abroad and against the American people themselves has finally come full circle. A conspiracy to create a regional front from the very enemies the US was at the time citing as justification for the "War on Terror" is now being implemented in full. It is a conspiracy that has transcended two presidential administrations - evidence that US foreign policy is driven not by the aspirations of the American people through their elected representatives, but by unelected special interests who pen policy papers that are simply spun around whichever political narrative is prevailing at any given time.

During the Bush administration, that narrative was the "War on Terror." During the Obama administration that narrative was the "Humanitarian War." In reality, it was a singular, continuous agenda that has seamlessly moved forward to where it stands at present, with the US media attempting to convince the American public and the world's population in general on the eve of yet another 9/11 anniversary, that Al Qaeda are the "good guys" and now is the time to hand them the nation of Syria.