Which leaves exactly who as a possible suspect? Cui bono? 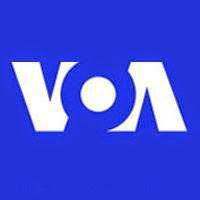 February 28, 2015 (Tony Cartalucci - LD) Perhaps believing by virtue of having admitted the murder of Russian opposition member Boris Nemtsov in Russia's capital of Moscow Friday evening in no way served the Russian government's best interests, the US State Department believes it can deflect guilt from being shifted towards its direction.

Indeed, the US State Department through its Voice of America media network - chaired by the US Secretary of State himself - would state in an online article titled, "Could Nemtsov Threaten Putin in Death as in Life?," that (emphasis added):


With the murder of Russian opposition leader Boris Nemtsov, gunned down on a Moscow street, the fiercest critic of President Vladimir Putin has been removed from the political stage. But it remains to be seen whether, in death as in life, Nemtsov will remain a threat to Putin’s rule.

Already, city authorities have approved a mass march for up to 50,000 people in central Moscow on Sunday. The march, expected to be far larger than the scheduled protest rally it replaces, will provide a powerful platform for Kremlin critics who suspect a government hand in Nemtsov’s death.

Even officials in Putin’s government seem to sense the danger that the former first deputy prime minister’s martyrdom might pose, hinting darkly that Friday night's drive-by shooting may have been an deliberate "provocation" ahead of the planned weekend rally.

While this logic has clearly not escaped the US State Department's media network, it stops short of clearly implicating the Russian opposition and its foreign backers (the US State Department itself) as the chief suspects in Nemtsov's murder - though the article clearly states only the opposition (and in turn, their foreign sponsors) stood to benefit from his death.

The diminutive and previously ineffective protests carried out by the opposition will now be "far larger" and serve as a "powerful platform for Kremlin critics," a reality that simply would not have existed had Nemtsov not been murdered.

One must also factor in the United States' various proxy conflicts it is waging against Russia, and seemingly losing - including in Syria and Ukraine. The opportunity to spread chaos in the streets of Moscow would not only benefit the US and its agenda beyond its borders, but is in fact America's stated foreign policy.

Despite attempts to frame it otherwise, even the US State Department cannot escape the fact that Russia lacked any motivation at all to murder a fading opposition leader, let alone incriminatingly murder him practically on the doorstep of the Kremlin itself.  Whoever killed Nemtsov meant for the uninformed general public to think it was the Kremlin, however. 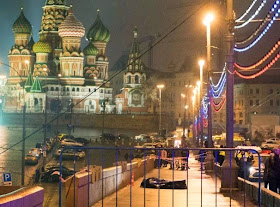 Ironically, the US State Department's media article in Voice of America, echos facts pointed out in the direct aftermath of the murder by many independent analysts. In the previously published article, "Russia: US-Backed Opposition Leader Gunned Down in Moscow: Martyrdom on demand: if not of use alive, perhaps of use dead?,"for example, it was stated explicitly that:


Regarding Nemtsov's murder, any good investigator would be tasked with the question, "to whose benefit?" Surely it would benefit the Kremlin to rid themselves of an opponents, but not in this manner. In fact, the only party that stood to benefit from his high-profile execution in the streets of Moscow were his own compatriots and his foreign backers who faced the prospect of yet another failed protest. Sympathy, they hope, will spur Russians who are on the fence politically to take to the streets, joining others who may have previously avoided protests because of Russia's economic strength before US sanctions sank in.


The US State Department's concession not only raises considerable doubt over the involvement of the Kremlin in Nemtsov's death, but also shifts suspicion primarily onto his own opposition movement and the extensive foreign interests backing it. Of course, the US State Department will never publish an article pointing out the obvious fact that it itself stood the most to gain from Nemtsov's murder, but this recent concession all but states this obvious reality, nonetheless.
Share
‹
›
Home
View web version